A question I ask myself everyday… I am sure lots of people do. For me, the question is heavier than an elephant! At 5 years old I was forced to grow up, long before I needed to. The abuse started so early that I wasn’t afforded my human right to develop properly.

“What do you mean by that?” Well let me tell you! My ENTIRE developmental years were stolen from me. Not my physical size, but more importantly my mental and emotional development. Before I could learn right from wrong in its true glory, I was ensnared in a don’t-ask-don’t-tell abuse cycle.

Before I knew what love was, my heart and my innocence were hijacked and used to destroy my sense of self worth. Before I knew my ABC’s I was hardwired for accepting my young life for what it was. I was a good son. Always listened to my parents… The ABUSE that happened was never a punishment, it was always code-worded as “love”. Wrap your head around that, I was NEVER in trouble for the abuse to happen. It wasn’t cause-and-effect; it was “affection”.

Something designed to be wanted, to be desired, to not be spoken of because it is “NORMAL”. My normal was what Hell on Earth looks like to most, if not all of you. Now that’s not a judgement or condemnation! It simply means that what I learned to be normal, is what 85% of the population would have nightmares about.

10 years… a chunk of life I can never get back, arguably the most important time of my life… gone. This is my story, there are many like it on this planet. But not enough people can handle the pain of standing up with a voice, and making this subject known. Maybe you struggle to understand, or maybe you haven’t had to deal with anything of this nature. Well here I stand, I’ve been around you for a period of time and most of you would never have known. No more hiding. No more playing possum too the problem.  #endthestigma #MensMentalHealth 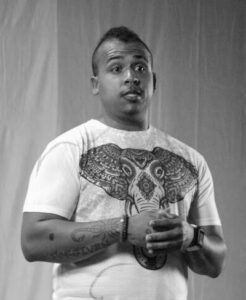